Warning: Some of the images and details in this story are graphic and may be upsetting. 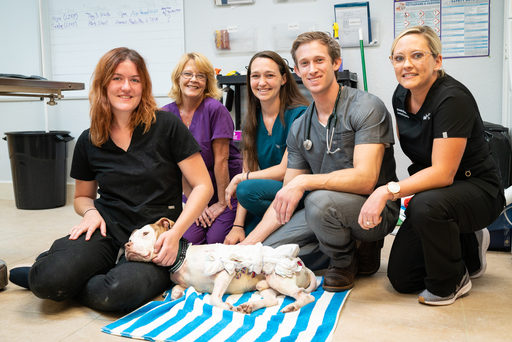 Arthrex innovation is helping a pit bull who was surrendered to the Miami-Dade County Animal Services in Florida in deplorable condition.

On August 20, the severely underweight, infected, burned and limping pit bull mix was surrendered. His condition was so bad, the shocked staff immediately took to social media looking for help for the animal.

Less than 24 hours later, Southwest Florida’s Love is Fur Ever (LIFE) Dog Rescue crossed the state to pick up and care for the badly abused pup.

“He is in much worse shape than we expected,” said Victoria Frazier, founder of LIFE, via Facebook when she first saw the dog, who was later named Gabriel. 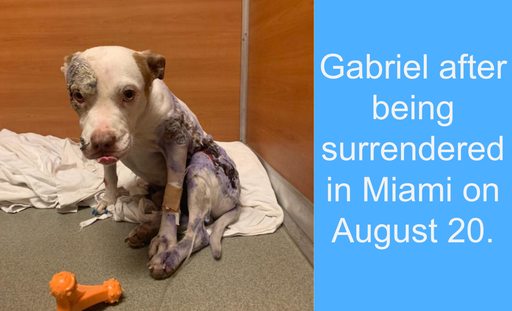 “He has bite marks, chemical burns, bone fractures, two dislocated hips, lacerations all over his body and other injuries,” said Dr. Jackson. “He couldn’t have been more than 48 hours from dying when he was brought to us.”

Arthrex Senior Clinical Specialist Michelle DiLella, MD, has been following LIFE on social media closely since her involvement in donating medical supplies for Abigail the pit bull in 2016.

“[Dr. Jackson] and I have known each other for years and as soon as I heard about Gabriel, I went to visit,” said Michelle. “We decided that once the necrotic [dead] tissue was removed from his open wounds, JumpStart® dressing would help.”

Gabriel’s initial rescue was only the beginning of his journey. In addition to his large, open wounds and fractures, he was suffering with sepsis, pneumonia and kennel cough. He needed constant medical attention and Dr. Jackson spent several nights by his side in the animal hospital. 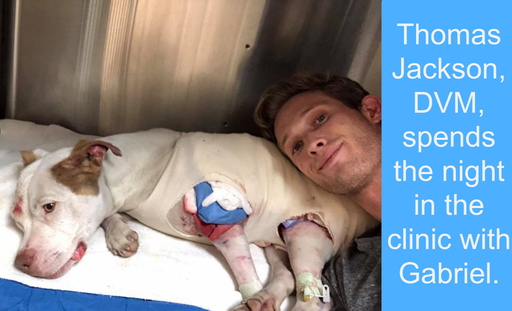 Gabriel finally began to stabilize about a week after his rescue and the Advanced Veterinary team then applied the JumpStart bandages donated by Arthrex.

“Gabriel is healing dramatically better than he would without JumpStart dressings,” said Dr. Jackson. “The new tissue even looks like better tissue. This is truly amazing.”

Dr. Jackson had used JumpStart dressing before when he treated Abigail’s dog fighting wounds and says that, in his experience, the dressing needs to be changed about half as often and produces twice the healing results compared to a normal bandage.

He grinned as he removed Gabriel’s bandages on September 19, thrilled with Gabriel's continued progress.

“The pneumonia and sepsis are gone, his wounds are healing and he’s eating better,” said Dr. Jackson. “If he keeps this up, we can address his hips in the next few weeks.” 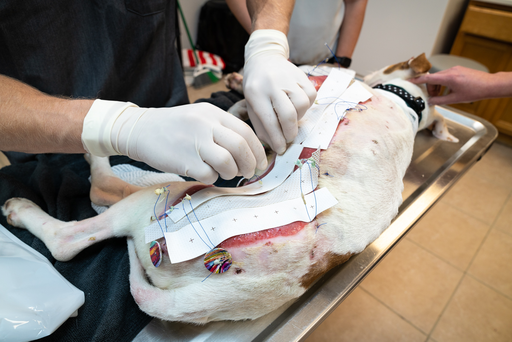 Because Gabriel’s hips have been dislocated for so long, Dr. Jackson will “shave” each humeral head—the ball in the hip’s ball-and-socket joint—so that his legs will just move forward and back, rather than allowing sideways motion. Because of the way dogs walk, this is an effective way to treat the injury and should have Gabriel walking normally in just a week or two afterward, eliminating the limp he has now. 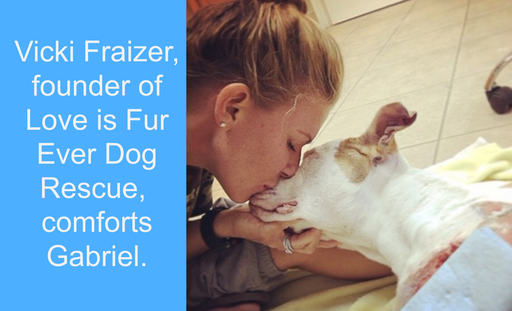 Thanks to the hard work of Dr. Jackson, Advanced Veterinary Surgical, LIFE Dog Rescue and Michelle, Gabriel is healthier than he has likely been in several months.

Gabriel has been in treatment for more than a month now and has gone through seven cases of JumpStart bandages, as well as some of the unused strips of JumpStart dressing that Dr. Jackson had left over from treating Abigail.

“He’s got a long way left to go, but he’s a fighter,” said Dr. Jackson. “We’re incredibly grateful to Arthrex for all its help.”

Follow Dr. Jackson and the LIFE team on Facebook for frequent updates as Gabriel’s recovery continues. If you’d like to contribute toward Gabriel’s medical bills, which are currently about $700-1200 a day, click here or purchase a gift from his wish list on Cuddly.com. 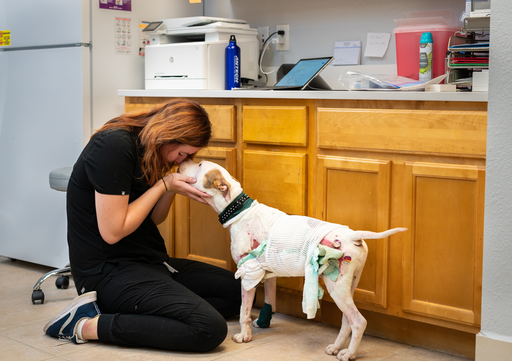 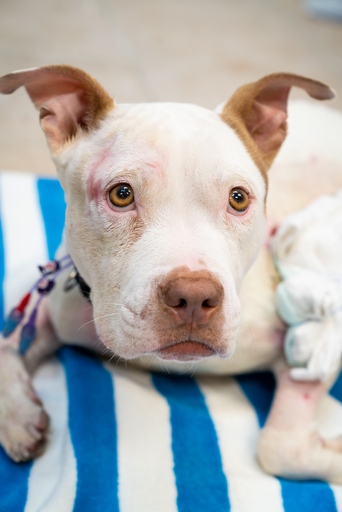