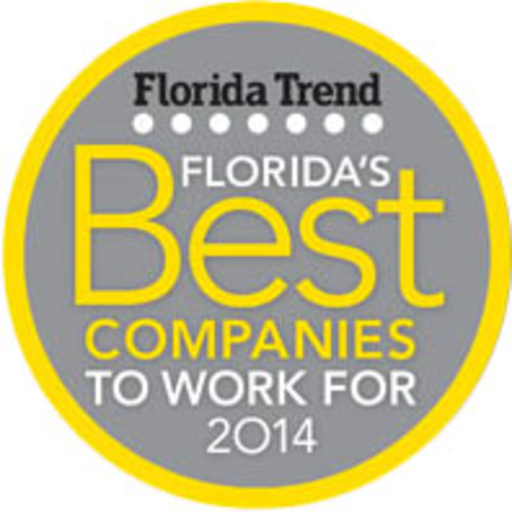 “It is a tremendous honor to be included on this list,” said Arthrex's Vice President of Human Resources Kathy Sparrow. “With exceptional benefits and a strong, positive workplace culture where employees exhibit great pride and camaraderie, we proudly maintain an employee turnover rate of less than 2 percent annually.”

The Best Companies To Work For program was created by Florida Trend and Best Companies Group, and is endorsed by the HR Florida State Council. Companies that choose to participate in the annual selection undergo an evaluation of their workplace policies, practices, philosophy, systems and demographics. The process also includes a survey to measure employee satisfaction. The combined scores determined the top companies and the final ranking. Best Companies Group managed the registration, survey and analysis and determined the final rankings.

"The top companies seek high energy employees who vigorously accept the organization's core values," says Florida Trend Publisher Andy Corty. "The companies that attract these great employees are the same companies that show growth even in a challenging business environment.  It's our pleasure to recognize them and encourage others to build Florida's competitive advantage."

Arthrex also received this recognition in 2012 and 2013. The listing can be viewed here.