Congratulations to the Arthrex Scorpions hockey teams for winning not one, but two championship titles this season! The two Scorpions teams played in different leagues every Sunday over the past four months at Germain Arena. Each team won its league championship on Sunday, May 28, a first for the B league team, which was ranked in third place going into the playoffs and won back-to-back games for the win. The A league team had an impressive record of 12-2-1, and won the playoffs after coming back from a two-goal deficit in the final minutes of the first game.

The Scorpions are truly a product of Arthrex’s teamwork and creativity. The team’s logo was designed by Senior User Experience/User Interface Designer Ariel Morejon, and Senior Director of Orthobiologics David Shepard 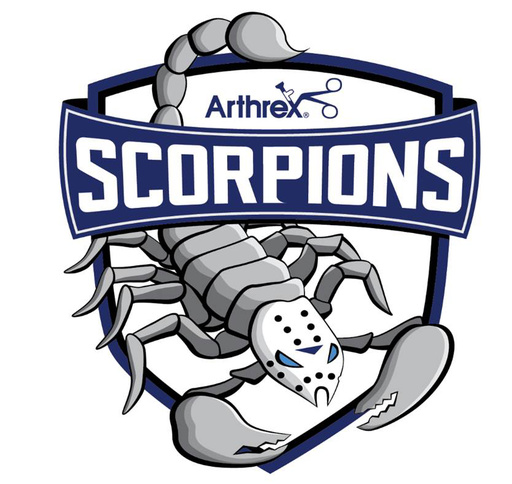 Congratulations to both teams on being league champs! Go Scorpions!