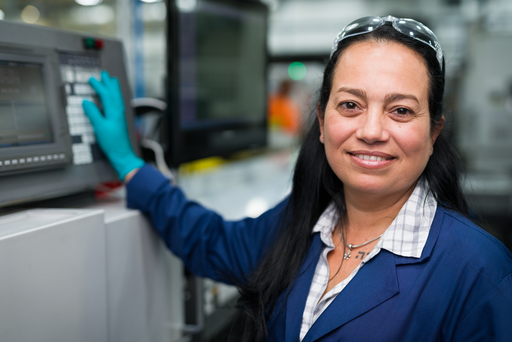 CNC Swiss Machine Operator I Jackie Callejas Morejon celebrated a very special day this September. It wasn’t a particular holiday or a relationship milestone, but the 18th anniversary of her life-altering decision to leave everything she knew behind and move to the United States. 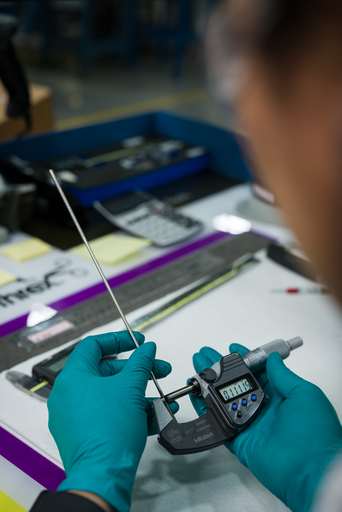 With two children under two years old at the time, Jackie courageously left her home in Cuba to seek more opportunities for herself and her children, opportunities that she later found at Arthrex.

“Cuba is in my heart, but it isn’t my country anymore,” said Jackie. “This is my country and my home. Arthrex enables me to be strong and gave my children and I a second chance.”

Jackie first started working at Arthrex in 2012 in the Packaging I department. She learned quickly that she loved the work and she was constantly eager to learn new processes and procedures.

“I noticed after a while that the Packaging II team members had some different tasks and I was curious to learn those,” said Jackie. Before long, she was able to move into Packaging II, where she worked for the next four years. She became close with her team members and enjoyed working with her supportive supervisors. 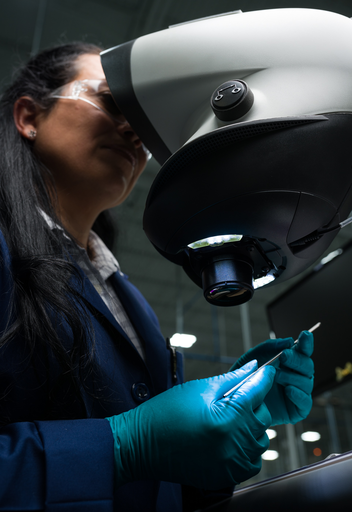 “Even though I’m a single parent, I don’t feel alone here,” said Jackie. “Because of Arthrex and its incredible benefits, I feel like someone is standing by me, making sure I’m healthy, fed and fulfilled at work.”

Being career-driven and innately curious, it wasn’t long before Jackie began seeking her next growth opportunity at Arthrex.

“I started to ask myself where the products we were packaging had come from,” she said. “That’s when I decided I wanted to help make them.”

“When I still had the responsibility of CNC machining and needed additional help to meet business needs, I asked Jackie if she would be interested and could help by checking parts on the PEEK line,” said Lead Manufacturing Supervisor Steve Dyal. “I could tell by her work ethic she would do great.”

“That was just the beginning of her journey. She was soon able to run the L12 Swiss machines to make suture anchors. Then she moved to the driver line where she learned to operate the K16 Swiss machines. She is now a full-fledged machinist and works full time in the High-Volume Swiss machining department.”

Steve was inspired by Jackie’s drive for continuous education and saw that she took the Arthrex mission to heart.

“I explained [ to Steve] that I wanted to advance my career and, of course, have more financial stability while raising a family on one income,” said Jackie, “But most importantly, I understand that these products help people and I want to be a part of that.”

Jackie has been in her current role for almost a year and now reports to Lead Manufacturing Supervisor Greg Stout, yet another supportive mentor on her career path. 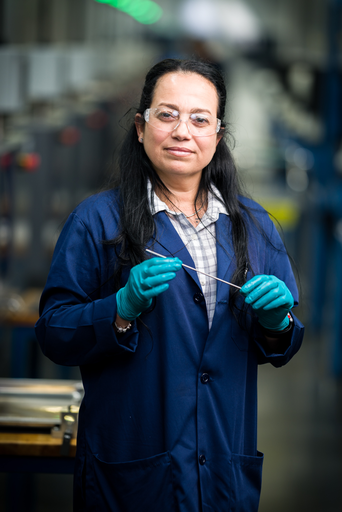 “Jackie has one of the best work ethics I’ve seen in my career as a supervisor,” said Greg. “Along with her own daily responsibilities, Jackie helps train new employees on the driver line, has a great attitude and is a thoughtful teammate to her co-workers.”

In her seven years working in Arthrex manufacturing, Jackie’s career has blossomed. She often reminds others, especially her children, that nothing is impossible.

“I want people to know that you can have the life you want if you work hard on important work,” she said.

In Jackie’s eyes, there’s no work more important than Making People Better. She’s so proud to be a part of helping people that she uses the Arthrex website to show her children the parts she helps make and tells them about her daily tasks.

“My kids were so proud when they heard that our products were helping Gabriel the dog,” said Jackie. “I love that they also feel connected to what we do here.”

When she was growing up in Cuba, Jackie had always wanted to move to the city and attend medical school. Unfortunately, her family couldn’t afford to pay her tuition and cost of living while she attended classes fulltime.

“It was my dream to become a doctor and help people,” she said. “It just wasn’t possible at the time.”

Jackie smiled and grasped the lapels of her white jacket.

“But now, I feel like a doctor. I’m helping patients.”