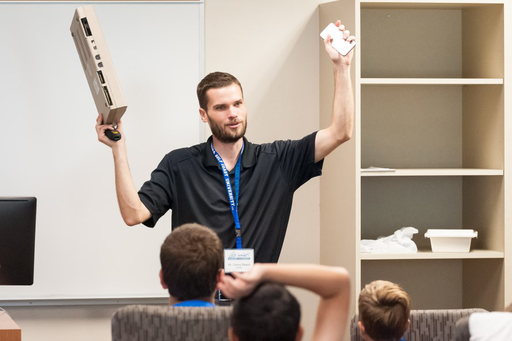 Summer camp has come a long way since days spent doing arts and crafts and learning how to build a fire. Over the past few weeks, Florida Gulf Coast University (FGCU), with support from Arthrex, held a summer camp program called Coding Academy for elementary and middle-school aged children. The program, organized by a team of FGCU staff, professors, Arthrex’s Senior Director of Corporate Communications Dennis O'Keefe and Software Development Manager Danny Beard, taught its "campers" various skills to engage their young minds in how today's computer technology is developed.

Danny was asked to speak on the history of computers and even introduced the kids to Scratch, a programming language and online community where children can program and share interactive media.

"I really enjoyed being able to spend time with the kids, and watching them get really engaged in programming,” shared Danny. “I was impressed with how many concepts the students were able to grasp."

“I was impressed with how bright and engaged all the students were,” said Danny. “It’s great to be able to give back to the community by sharing something you truly enjoy.” 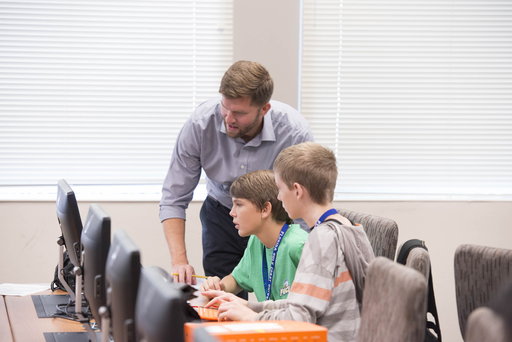 The organizing team of the 2015 Coding Academy sent the following note of appreciation to Arthrex and looks forward to inviting Arthrex employees and their children back to take part next summer as well:

"The organizing team of the 2015 Coding Academy sincerely thanks Arthrex for collaborating on this great community initiative with Florida Gulf Coast University. Our sincere thanks goes to Dennis O'Keefe and Danny Beard, who played a great role in making the very first Coding Academy a success!"

Software Development Supervisor Matt Krueger also had the opportunity to mentor students while Corporate Photographer Chris Toalson volunteered his time at the camp, capturing many moments of awe in the kids faces as they learned how it all works.