The American Red Cross Stockings for the Troops event held at Arthrex on Friday, November 8, 2013, was a huge success thanks to many Arthrex employees and American Red Cross volunteers who stuffed 1,000 stockings that were shipped to members of our U.S. military serving in Iraq, Afghanistan and other overseas locations. Our local chapter of the American Red Cross shared the following two letters of appreciation thanking Arthrex and other volunteers of Southwest Florida for their thoughtfulness this past holiday season... 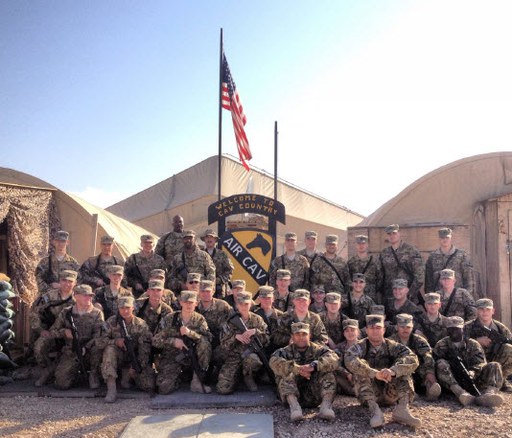 "I want to thank you so much for all of the items that you and the AMAZING people of Lee and Collier Counties provided to us," said Sergeant First Class Doileen Dolo. "It is more than we could wish for. Today one of the boxes containing personal items, snacks, socks and books was delivered to the soldiers (about 25+ soldiers) that are currently responsible for making sure all of our equipment makes it back home. Those guys and girls have a very important job and they are truly grateful that you all put in so much of your time and money for them." 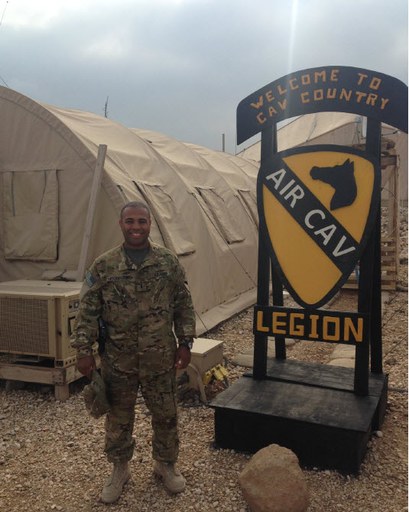 "I wanted to personally thank you for the care packages I received here in Afghanistan (AFG) from the American Red Cross," said US Army First Lieutenant Octave A. Houdegbe, UH-60 Blackhawk Pilot.

"My platoon and company are extremely appreciative of the holiday stockings and food as it was a very thoughtful expression of your patriotism and kindness. I am a 24-year-old Blackhawk Helicopter Pilot and Platoon Leader with 51 soldiers under my command. After I graduated from the University of New Hampshire in 2011, I commissioned through Army ROTC and moved to Fort Rucker, AL to begin my flight training. I graduated and pinned on my Aviator Wings on February 20, 2013. Upon graduation, I moved to Fort Hood, TX and trained for seven months before deploying to Afghanistan for the first time.

"My platoon is responsible for the maintenance of the three Army helicopters; the UH-60 Blackhawk, CH-47 Chinook and AH-64 Apache Longbow. Here in Camp Marmal, Mazar-e Sharif, AFG we are located West of the Hindu Kush Mountain range and experience a desert-like climate. Some days the dust is so heavy in the air that you have less than a mile of visibility. There are no trees and the sandy landscape can get very boring to look at day after day. Fortunately, being a pilot, I have greater appreciation of the environment for being able to see the snow-capped mountains from the air. The weather has drastically shifted in the past two weeks with lows in the 20s and highs in the 40s. Luckily, it'll be back in the 100s within a few months, since that's what we're used to back in Texas. Snow hasn't settled on the ground just yet, but the mountain ranges are covered in it. Needless to say, it'll be a "sandy" Christmas here in Afghanistan! I'm confident that with some of the Christmas decorations that have been left here from past soldiers over the years that we'll be able to decorate the aircraft hangars and get these troops into the holiday spirit!

"The holidays are always the hardest part of any deployment and the most challenging of times to lead soldiers. Online social media platforms like Facebook are an excellent tool for staying in touch with family and friends, but a constant reminder to our troops of what they're missing out on while being deployed. As packages arrive we all share them with each other and ensure that our youngest soldiers receive the support first. Out of my 51 soldiers, their ages range between 19 and 42 years old, and believe it or not, I only have two female soldiers. Included is a photo of myself and my platoon. Unfortunately, there are 12 soldiers missing from the photo that were conducting details at the time and were unable to leave their place of duty. Again, I would like to express my deepest gratitude and appreciation for your care packages and I hope you have a wonderful and safe holiday season!"

Kategorie: In the Community