For Facilities Technician Charlie Cremin, it couldn’t have been easier to choose a destination for his 25-year Trip of a Lifetime. After several friends and family members recommended it over the years, Charlie and his wife Sandra traveled to Africa in May.

As one of Arthrex’s longest-working employees, Charlie has been on five Trips of a Lifetime and visited Bozeman, Montana (twice), Alaska, Europe and now Africa. 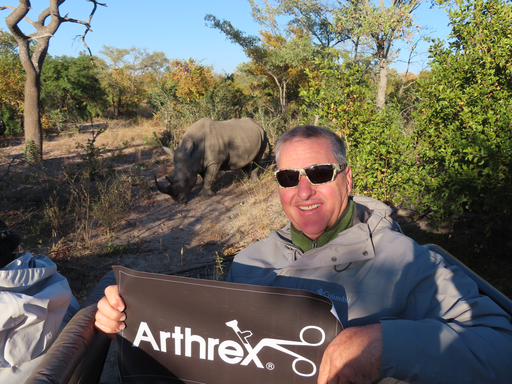 “Every trip was amazing, but the most amazing was this one to Africa. It was so different than anything I had ever seen before,” said Charlie.

Charlie and Sandra began by traveling to Cape Town, South Africa. Their hotel was between two famous mountains—Lion Mountain and Table Mountain—each named for their unique shape. They visited historic Cape Town, a vineyard and enjoyed four-wheeling in the rugged terrain just outside the city.

Next, they traveled south and went cage diving. Charlie and Sandra saw a variety of sea life, including several Broadnose sharks, which are common in the area, and a 12-foot-long Great White Shark migrating through the area.

“The water was 55 degrees, so I was too cold to be scared,” Charlie laughed. While most passengers on the boat took two turns diving, Charlie volunteered to go a third time when there was extra space in the cage.

The next leg of the trip was Charlie’s favorite. He and Sandra traveled to the Klaserie Private Game Reserve, where a small group of visitors lodged among Africa’s untamed wildlife. 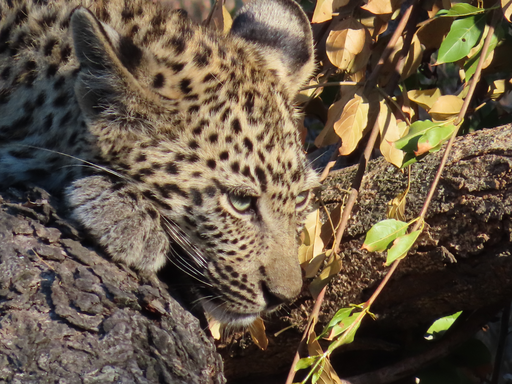 “Every morning we got a 5 a.m. knock on our door which meant we had thirty minutes to be in the vehicle for our early morning safari,” Charlie said. They sprang out of bed every day and climbed into an open-air vehicle before the sun was up. The group saw lions, elephants, giraffes, zebras, rhinos, hippos and even the very rare leopard during their safaris.

“There were some locals from Johannesburg in the car with us who said they had never seen a leopard on a safari before, so we knew we were really lucky to see a mother and her cub,” Charlie said.

The rest of the trip was jam-packed with early morning and sunset safaris each day, with hours in between to spend relaxing or doing walking safaris near the lodge. Charlie and Sandra took every opportunity to observe the wildlife and went on several guided walking safaris. 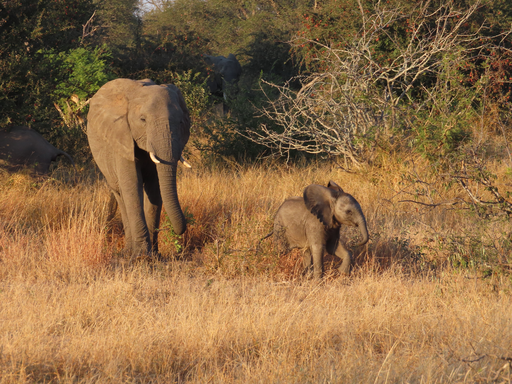 “We were walking down a path with our guide when we saw a huge elephant walking toward us,” said Charlie. “Our guide said that usually, you can just stand still and they won’t bother you, but this time, something seemed odd. We ended up hiding behind a bush waiting for the elephant to lose interest before returning to the path. My heart was racing!”

After several breathtaking wildlife experiences and trying food they had never imagined eating (like filet of ostrich, which Charlie said he would have mistaken for filet mignon if no one had corrected him), they chased the sun back to the United States.

“We were about to board the plane in Johannesburg and I pointed out to Sandra that the sun was just setting. It was beautiful. Then, when we finally arrived in Atlanta, the sun was rising,” he said. “It was completely amazing.”

Charlie said that he returned to work feeling refreshed and recharged.

“It felt pretty darn special to celebrate 25 years at this company with such a wonderful employee benefit,” said Charlie. “We feel so lucky to have had this experience, and we’re so thankful to Reinhold and Arthrex for making it possible.” 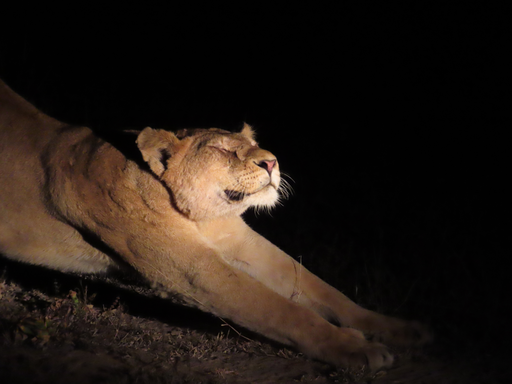 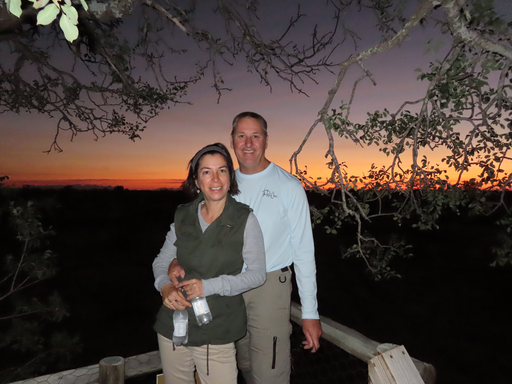 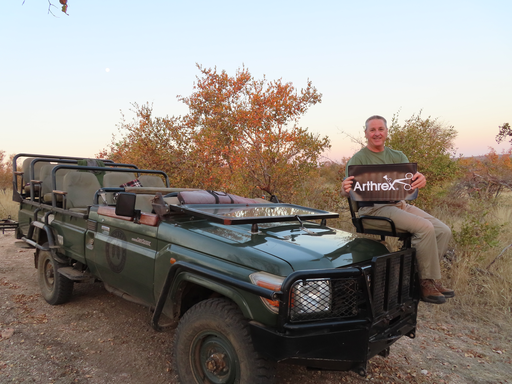 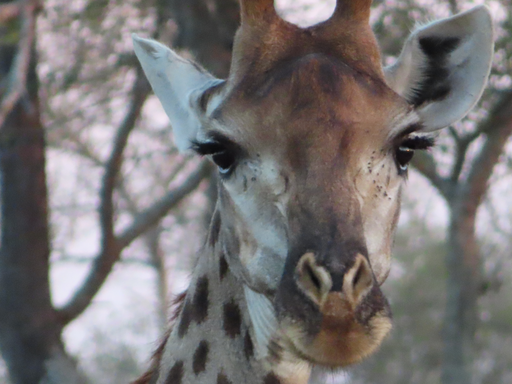