The Mini TightRope: Not Just for Arthritis by Steven S. Shin, MD

The Mini TightRope: Not Just for Arthritis by Steven S. Shin, MD 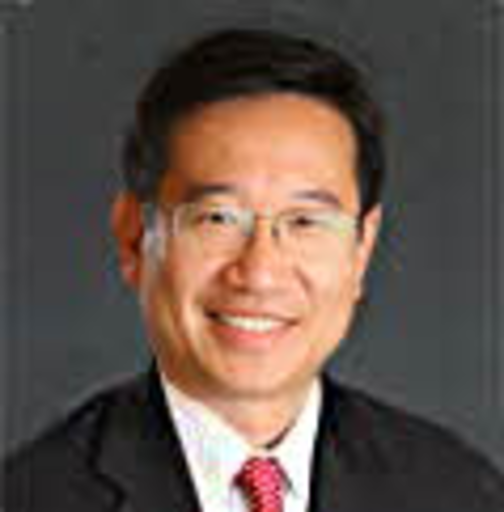 Q: What made you want to use the Mini TightRope for something other than thumb basal joint arthritis?

A: I treat many high-level athletes in my practice, including competitive athletes. One day, I got a call that an athlete sustained a Bennett fracture-dislocation of his right (dominant) thumb. The Bennett fragment was very small. He begged me to do something to allow him to get back to playing earlier than the usual six weeks. Normally, I would have pinned the fracture and the CMC joint and then placed the thumb into a cast for four weeks before allowing him to move the thumb. One would expect the usual downsides of this option: risk of pin site infection, disuse atrophy, stiffness, etc. I’ve become very familiar with the Mini TightRope, which I’ve used for my revision thumb CMC joint arthroplasties; I’m still a fan of the LRTI technique with tenodesis screw for my primary arthroplasties. The Mini TightRope does such a good job of suspending the thumb metacarpal after excision of the trapezium, so why not use this for cases of thumb CMC joint instability? So I offered this option to the player and he jumped at this option before I could even explain it to him!

Q: Can you tell us about the surgery?

It’s the same approach and technique as the suspensionplasty for thumb CMC joint arthritis, except the trapezium is retained. I first passed a #2 FiberWire suture around the base of the thumb metacarpal, essentially lassoing the fragment to reduce it into place. The knot was tied dorsally and buried in the thenar muscles. However, there was still some instability at the CMC joint, so I proceeded with placing the Mini TightRope across the bases of the thumb and index metacarpals, and this gave excellent stability to the thumb CMC joint. I then imbricated the dorsal capsuloligamentous complex and closed the incision.

Due to the stability of the joint following the Mini TightRope, I allowed him to start moving his thumb within a few days. 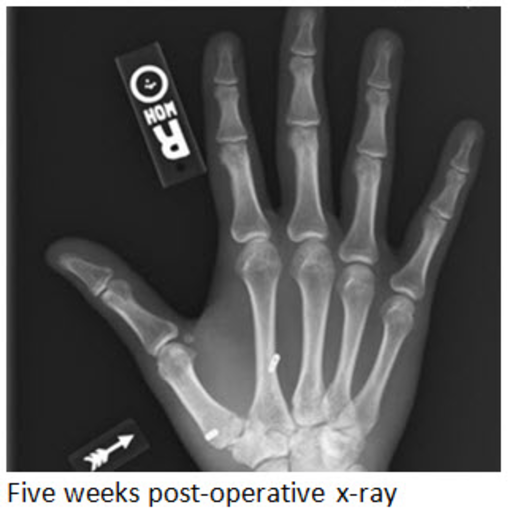 Can you discuss any other cases where you have used the Mini TightRope for a similar indication?

I performed this technique in the dominant thumb of a professional athlete as well. He had a larger Bennett fragment that was amenable to screw fixation, but due to some persistent instability at the thumb CMC joint following the fracture repair, I added the Mini TightRope as well.