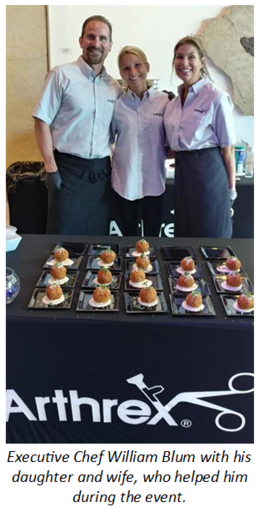 Chef Blum competed against 11 other chefs to prepare the tastiest and most creative mac ‘n cheese. For an innovative twist on the classic, Chef Blum decided to make mac n’ cheese “bombs.” He shared, “I modeled our mac n’ cheese bombs after molten lava chocolate cakes. I used cavatappi pasta with a fontina cream sauce. We cooled down the mixture and formed it into small balls. We stuffed the balls with fontina cheese cubes and breaded them individually. We then fried the balls and served them with a fontina cheese sauce, grated parmigiano reggiano and sliced scallions.”

The mac n’ cheese bombs won the event’s social media award for the “Prettiest Pasta” and came in second place overall. The Ritz-Carlton of Naples’ chef placed first with a Peruvian take on mac n’ cheese and Pelican Larry’s took home third place for its barbequed pork mac n’ cheese. The event was such a success that enough money was raised to grant a life-changing wish for a Southwest Florida child. 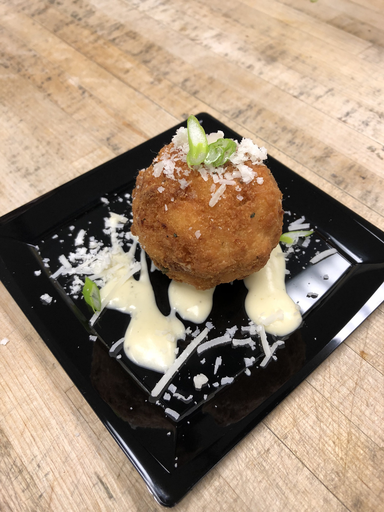