Employee on Road to Recovery Thanks to Arthrex Products, Wellness Center

Employee on Road to Recovery Thanks to Arthrex Products, Wellness Center 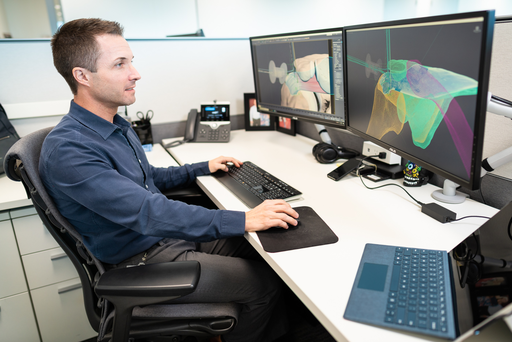 Senior 3D Medical Animator Justin MacGregor helps create detailed and unique animations highlighting Arthrex products and techniques, but he had never been on the opposite side of them, as a patient facing orthopedic surgery. That changed one day.

Justin tore the ACL in his left knee playing beach volleyball in January and began watching animations created by the Medical Visualization team to better understand his injury and potential treatment.

“I took a bad step in the sand,” said Justin. “My knee felt like it just went the wrong way and I heard a pop. It felt a little achy, but it didn’t seem serious.”

Because he wasn’t in much pain, Justin kept enjoying his normal activities, like jogging and going to the gym. But after a few months, the occasional pain and feeling of instability still hadn’t gone away. His left knee would “give out” on him, sometimes buckling under his weight when he walked up stairs. That’s when he went to the Arthrex Medical Center (AMC) for advice.

The Arthrex Medical Center provides convenient, free care for employees in southwest Florida. AMC’s Miguel Torres, PA, ordered an MRI for Justin and referred him to Michael Havig, MD. An orthopedic surgeon who specializes in sports medicine and knee arthroscopy (which includes ACL injuries), Dr. Havig knew after speaking with Justin and examining his knee that it was more than a minor injury and would require surgery.

That’s when Justin began referring to some of the specific animations he had helped create to see what would happen during his procedure. The animations help educate health care professionals and patients, and now they helped Justin, too. 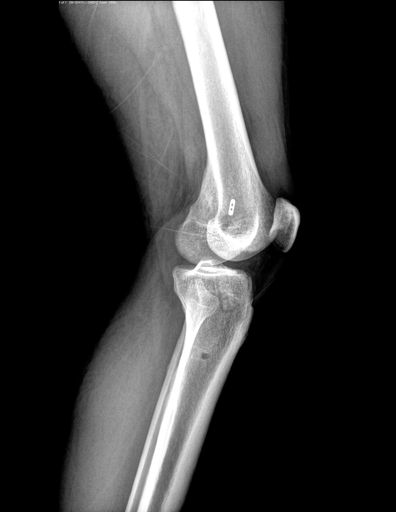 Just two weeks later, on June 26, Justin had ACL reconstruction surgery. He said that because of everything he knew about Arthrex products and procedures, he wasn’t worried at all.

“It put my mind at ease knowing that Dr. Havig was going to use Arthrex products,” said Justin. “I know our surgeries are minimally invasive and really at the forefront of technology.”

Because Justin’s ACL was completely torn and the remaining tissue was not amendable to repair, Dr. Havig performed an ACL reconstruction. This procedure uses an autograft (tissue) from the patient’s own hamstring tendon to create a new ligament. In Justin’s procedure, the new ligament (graft) was threaded through the remaining part of the torn ACL along the same anatomic trajectory. The graft is then secured in place on the femoral side with the Arthrex TightRope® RT construct, which helps the surgeon pull the graft through the bone tunnel and tension it once it’s in place. To finish the procedure, a FastThread™ BioComposite interference screw is used to secure the graft on the tibial side.

Justin spent the first two weeks after surgery on crutches with strict orders not to put any weight on his left leg. Gradually, he has progressed to not needing crutches or the knee brace.

“The worst part is that I miss jogging,” said Justin. While he can’t jog just yet, Arthrex Physical Rehabilitation Manager Brent Van Gemert is helping Justin retrain the muscles in his left leg and carefully increase his physical activity.

“It’s so nice to have Brent right across the street in the Arthrex Wellness Center,” said Justin. “I can just walk over for our appointments. Plus, Brent and Dr. Havig told me that every patient is different, especially with ACL reconstructions. So Brent has been catering my physical therapy regimen to exactly the level my knee is at every time we meet.” 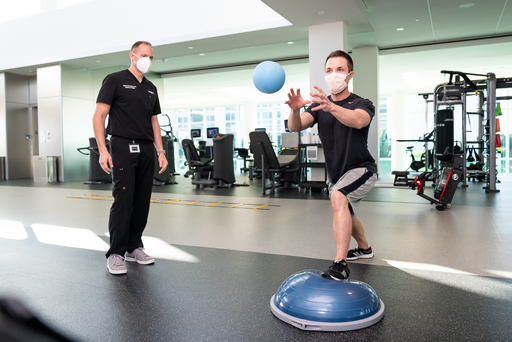 Brent says that Justin is just starting to incorporate plyometrics (exercise involving repeated rapid stretching and contracting of muscles to increase muscle power) into his physical therapy. They meet in the Arthrex Wellness Center twice a week and work on the cardio, footwork drills and strength training. Justin isn’t running quite yet, but he’s able to join his wife for bike rides and kick a soccer ball around.

“The process is very psychological, which is something I didn’t realize before I started working in this field,” said Brent. “Justin has taken a really active role in his rehabilitation, which is a big factor in getting back to where he wants to be physically.”

Brent explained that he’s seen Justin progress from uncertainty about his movements when they first began therapy to being much more confident about what he can do.

“Justin has really committed time to his recovery, and I can tell in the way he progresses week to week,” said Brent.

Justin is a handful of physical therapy appointments away from being able to safely jog again. He’s especially excited that he isn’t limping around, not only because of his active lifestyle, but because his wife is due with their new baby at the end of this year. Justin says this whole experience has really opened his eyes to why our work at Arthrex is so important.

“Making 3D animations is interesting, but it’s so much better to be able to do it for a great cause,” he said. “These animations play a part in educating surgeons and patients and helping more people potentially access Arthrex products that could really help them. It makes you so proud to be here.” 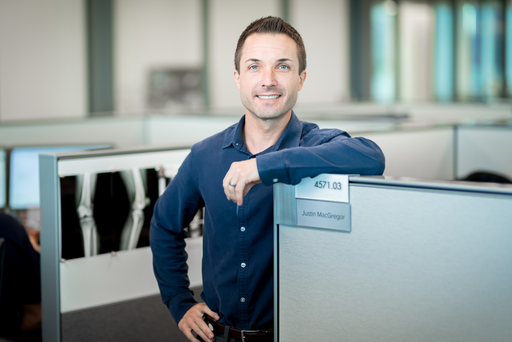