“I like to call Arthrex the house of 1,000 doors,” said Senior Production Coordinator Ernesto Leiva. “If you work hard and you’re dedicated, Arthrex will open doors and give you opportunities to excel. Dedicate yourself to what you want to do, and it can happen.”

Ernesto joined the Arthrex team five years ago as a production machine operator (PMO) 1 in a clean room at Arthrex Manufacturing Inc. East (AMIE). Manufacturing and production were totally new to Ernesto, but he was up for the challenge. 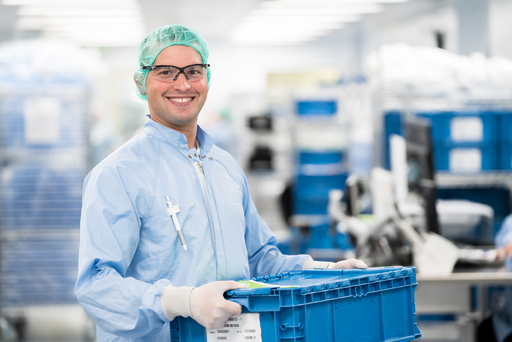 Ernesto was immediately intrigued by the intricacy of working in a clean room and several coworkers were eager to help show him the ropes. From the gowning required to enter the room to the immense attention to detail needed for each work order, Ernesto was drawn to the precision of the job right away.

In the five years since his Arthrex journey began, Ernesto has advanced twice to reach his current position. He now reports to the room supervisor on shift and helps oversee about 60 team members during the night shift in Clean Room 1.

“My coworkers always trained me, supported me and had my back,” said Ernesto. “Now that I’m in this position, it’s my job to return the favor. I always try to give back and be a source of helpful information.” 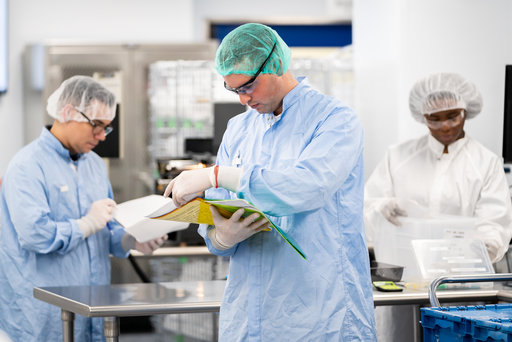 Ernesto’s daily tasks as senior coordinator are often varied. He helps train new hires, provides production coordinators components to complete work orders, and brings new work orders to the clean room to ensure there are plenty to complete throughout the shift. Every day is slightly different, which is part of what he loves about the work.

Since moving into his senior role last year, Ernesto’s mentorship of one employee in particular stands out. Eduardo Rafols Velazquez began working three years ago as a PMO 1, the same position Ernesto had when he started. Eduardo was eager to learn and asked lots of questions, and Ernesto was excited to share the knowledge his team members had previously shared with him. Eduardo worked hard and was promoted twice. He is now a senior production coordinator, just like Ernesto, and is thankful for his guidance along the way.

“He’s always been a great leader,” said Eduardo of Ernesto. “He is constantly willing to give you a hand and has a great attitude. He’s the kind of coworker you can always count on and I can truly say it’s been a pleasure to work with him.”

In December, Ernesto was part of an exciting project at AMIE. He and several other team members were given the opportunity to participate in a Kaizen (continuous improvement) project aimed at reducing the handling of Imaging and Resection (I&R) parts throughout the production process.

Arthrex is frequently looking for ways to make processes more efficient, often referred to as “lean manufacturing,” while maintaining our world-class quality. Several more Kaizen projects have been launched since the I&R task in December. 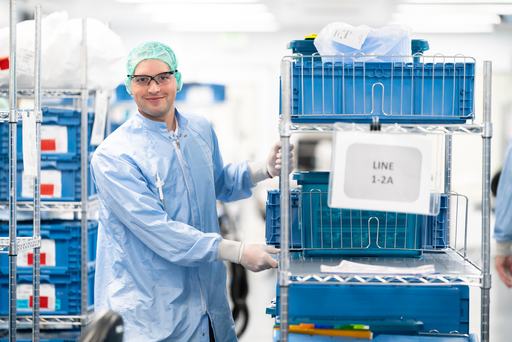 During the project, Ernesto and the team assessed the current I&R production process, counted the number of times materials were handled, brainstormed ways to lessen that number without compromising quality and, ultimately, presented their findings to AMI leadership.

“They did really well,” said Packaging Operations Manager Craig Klein, who oversees Ernesto and helped present the project’s results. “The team found multiple areas for improvement and we’re in the process of implementing some of them now.”

Craig says Ernesto absorbs every bit of information he can and that he jumps at development opportunities almost as fast as he jumps at the opportunity to help his colleagues.

“We offer growth opportunities to all our team members, like the Lead Development Program and these Kaizen projects. Ernesto is always eager to make the most of them,” said Craig.

It shouldn’t come as a surprise that Ernesto has lofty professional development goals for his future, just like the ambitious goals he had in place five years ago that helped him accomplish what he has today.

He thanked Manufacturing Supervisor Ryan Dunaway, Packing Supervisor Joseph Greyer and Assembly and Packaging Supervisor Lead Maridalys Rivera Rodriguez, especially, for their guidance, and made it a personal goal of his to “pass the torch” by sharing the valuable lessons he has learned with other team members.

“I’m taking action to learn more about managing and lean manufacturing and expanding my knowledge of the company so I can, hopefully, become a supervisor,” he said.

While he’s extremely thankful for his career development and all the mentors who help him reach his goals, Ernesto is passionate, above all else, about the Arthrex mission.

“I love that I’m part of the process of building something that directly affects patients,” he said. “I feel like I’m doing my part in Helping Surgeons Treat Their Patients Better™.” 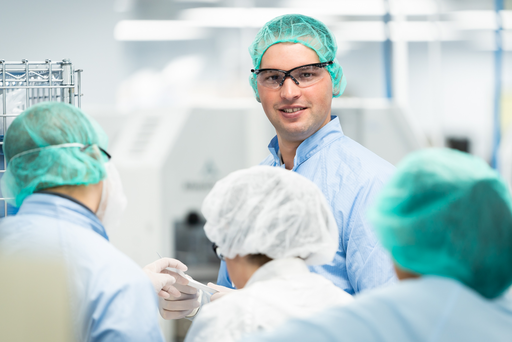