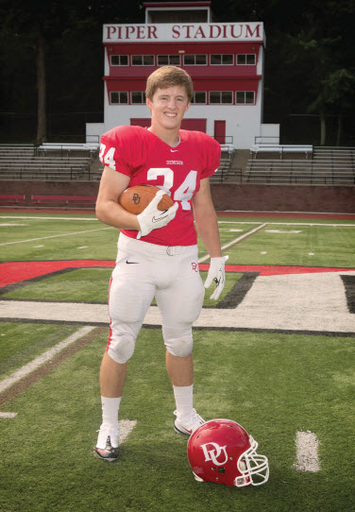 According to the American Academy of Orthopaedic Surgeons (AAOS), each year, more than 3.5 million children ages 14 and younger are treated for sports-related injuries, making the prevention of such injuries a top priority in the sports and healthcare industries.

Our mission of "Helping Surgeons Treat Their Patients Better" extends to even the youngest patient athletes. Arthrex is a Champion-Level Corporate Supporter of the STOP Sports Injuries (Sports Trauma and Overuse Prevention) educational initiative, which raises awareness and provides education on injury reduction in young athletes.

Midwest Senior Regional Sales Manager Paul Mackin has experienced our mission in work firsthand, when his son suffered a knee injury that could have potentially meant the end of the freshman's promising high school football career.

"Although it was more than four years ago, during his first football season in high school, it seems like just yesterday that my son Alex was beginning his journey back from reconstructive knee surgery," says Paul. "The path would be a long one, but it would feature the expert skills of a prominent sports medicine surgeon and the utilization of Arthrex implants, instruments and techniques.

"As a freshman at St. Louis University High School in St. Louis in 2009, Alex was a two-way starter and feature player on his football team. Starting at middle linebacker and runningback, he was intimately involved in every play. During the middle of the season, playing in their sixth game, the reality of how unforgiving this collision sport can be was recognized during one tragic play. Near the end of the first half of play, his team trailed their all-time arch rival CBC High School by one point and with approximately one minute left in the half, they were facing a long 3rd and 4 near midfield. Already having a very busy game, Alex had scored two touchdowns, kicked both extra points and led the team with eight solo tackles. He seemed to be everywhere. The offense, enjoying good success running the ball, decided to call Alex's number again to generate the needed yardage and keep the momentum in SLUH's favor. Taking a pitch out to the left Alex rumbled past the line of scrimmage headed for what looked to be a first down when the opposing team's cornerback came up to stop him. Up to that point in the game, Alex had been taking advantage of his size and running more like a traditional fullback making every tackler pay for their work. But on this play, the cornerback, tired of getting run over, went out of his way to tackle low and dove directly into Alex's knee. A hush fell over the crowd as soon as he was hit. Everyone watching knew it did not look good as Alex lay on the field not moving. 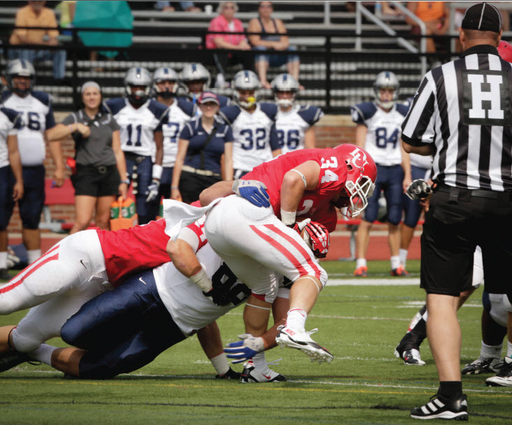 "The result, as it would turn out, was catastrophic. One tackle, one fateful play that would now alter the next year of his Alex's life and create the biggest challenge he had ever faced in his young life. But in the process, it would also allow him to appreciate what it meant to receive the highest levels of orthopaedic sports medicine care and understand why his dad always said he worked for the greatest, most innovative orthopaedic company in the world!

"After being carried off the field it was determined that the injury was season ending. An MRI and physical examination revealed that Alex had torn his ACL, MCL and most likely both medial and lateral menisci. A dreaded combination of injuries and a harsh reality that he would no longer take his health for granted. Surgery was scheduled with the desire to optimize the latest techniques and implant technologies to give Alex the best chance of recovery.

"When that season arrived in the fall of 2010, Alex was back on the field and well on his way to becoming the player he had been. It was not long thereafter that Alex was completing his senior season and finishing as the leading tackler in the conference and being named First Team All-Conference and Missouri All-District at outside linebacker. He was also named Academic All-State. This resulting success and notoriety enabled his athletic story to continue with recruiting trips to many smaller colleges and universities throughout the Midwest. After choosing what he felt was the best fit, Alex decided to attend Denison University in Ohio to continue his football passion and dream.

"We are happy to report that this past season Alex completed his freshman year of collegiate athletics, playing outside linebacker for Denison. Thanks in great part to Arthrex innovation, Alex has no residual problems with his knee and in fact says, 'I don't ever think about it until someone brings it up. As far as I'm concerned, it's better than the knee I was born with.' A true testament to the Arthrex mission: Helping Surgeons Treat Their Patients Better. And in this case, helping a surgeon to treat an employee's son better! Thank you to each employee who plays an integral part in Arthrex's product and surgical technique innovations!"