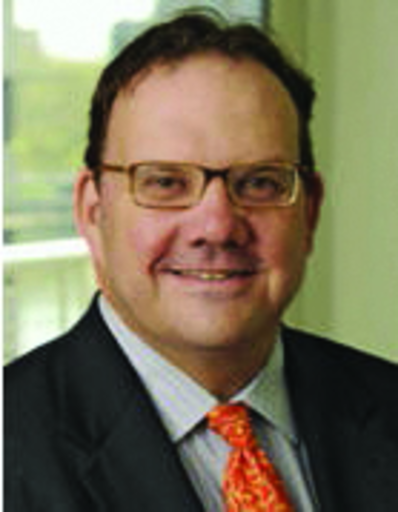 Anterior cruciate ligament (ACL) injuries in skeletally immature athletes are increasing secondary to multiple factors that include increased participation and level of competition within sports, sports specialization and societal factors. Conservative treatment of these injuries has a poor natural history due to recurrent instability with meniscal and articular cartilage damage (1,2,3).

All Inside, all-epiphyseal ACL reconstruction in children appears to be a safe and effective treatment (2,5-9). The availability of pediatric guides provides surgeons an opportunity to apply All-Inside ACL reconstruction techniques just as they would in adults without significant risk to the physis (2,4,6). We have evaluated this technique in our biomechanics laboratory and have found the kinematic and contact stress properties to be favorable compared to the ACL deficient state and other ACL reconstruction procedures (5,8). One of the main advantages of this technique is that there is no fixation device distal to the proximal tibial physis or proximal to the distal femoral physis nor do the sockets cross the growth plate (2,3,4). In addition the GraftLink hamstring technique provides a graft that is often 9 to 11 mm in diameter, which is preferred as grafts less than 8.5 mm in diameter have been shown to have a higher failure rate.

Historically, the skeletally immature athlete with a complete ACL tear was either treated with benign neglect or some combination of extraarticular and intraarticular reconstruction (to avoid injury to the physis), often necessitating arthrotomy with the associated morbidity and local soft tissue trauma. These were often non-anatomic reconstructions that would not be performed in the adult population. 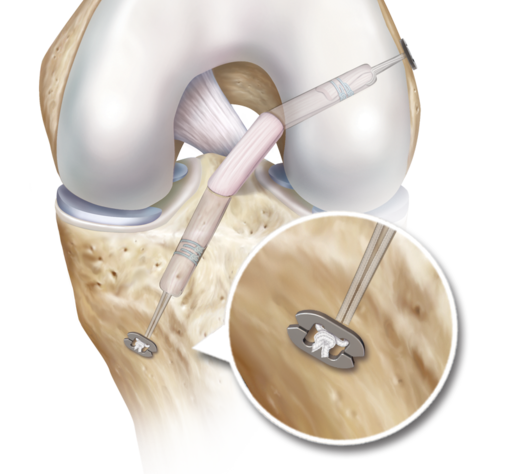 The “All-Inside” technique creates epiphyseal sockets with a cortical bone bridge rather than tunnels with openings at both ends, which uses an “Outside-In” technique. We believe these sockets allow for improved biologic healing of soft tissue grafts to bone (10). The All-Inside technique has been performed in adults and based upon our experience with this procedure and instrumentation in the adult population, we developed this technique for use in the pediatric and young adolescent populations. We are performing ACL reconstructions in the skeletally immature athlete utilizing these principles, essentially performing an “adult type of reconstruction” in the skeletally immature - now with the ability to do so without compromising the physis.

Finally, this instrumentation allows for versatility in treating the young athlete with either an all-inside, partial transephyseal (Hybrid) or complete transphyseal reconstruction, based upon the athlete’s skeletal age and the potential for further growth in a safe and effective manner.

In our experience, an All-Inside, all-epiphyseal ACL reconstruction technique using hamstring autograft demonstrates excellent subjective and objective clinical outcomes in skeletally immature athletes without growth disturbance. There was a 4% graft failure rate and a 9% incidence of second surgery in this cohort (9). The ‘Return to Play’ assessment is an important tool to guide the young athlete and his or her family regarding resumption of competitive sports. Young athletes were on average released for full return to sport after one year from ACL reconstruction (9).