Arthrex Employees Give Back Through Community Education

Arthrex Employees Give Back Through Community Education

Arthrex believes in Making People Better and some Arthrex employees are applying our core value in the Southwest Florida community by educating local children this summer.

Members of the Digital Media and Global Information Services (GIS) teams have been sharing their expertise with kids in Collier and Lee Counties throughout June and some of July. 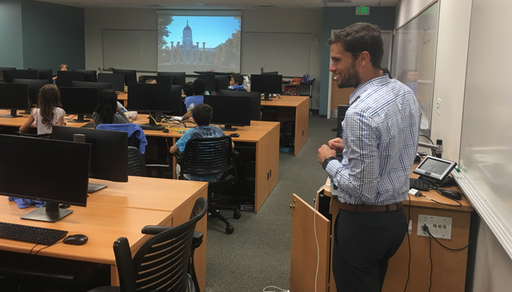 “We live in a technologically advanced world now,” said GIS Security Analyst Deanna Cleary. “We have to think about how our actions online could impact us or our families. When you are aware of the risks, it can be much easier to protect yourself.”

Deanna spoke with six Collier County Parks and Recreation summer camps about the importance of staying safe online. Many kids were surprised to learn about the risks involved when they play games on their tablets or access public Wi-Fi and charging stations.

“This is a chance for me to give back,” said Deanna. “Both my kids have gone to Collier County Parks and Recreation Summer Camp since they were little. Now, my son is in his third year of being a junior leader. It’s a great program and I’m glad to be part of it.”

The idea for GIS to speak at the camps first came about when Lean Six Sigma Program Manager Charlie Carpenter’s granddaughter, Alexis, applied to be a junior leader. She heard that the camps were looking for speakers and mentioned to Charlie that cybersecurity and safety had been a hot topic at school in the spring.

“I told Alexis that Deanna was part of a group at Arthrex that works in cybersecurity,” said Charlie. Deanna’s supervisor, Von Williams, Cybersecurity & Governance manager, said that his team would be happy to help increase awareness. From there, Deanna and Charlie worked with the Graphic Design team to create the camp presentation.

“I hope that the kids learned how to practice safer internet and computer use,” said Deanna. “Knowing what to look out for can help keep their private information safe.”

The Arthrex Digital Media team also gave back this summer by leading activities at Florida Gulf Coast University’s fifth Summer Coding Academy for elementary and middle school students. The team has been helping with the program since it first began and employees look forward to seeing the kids’ creative ideas each summer.

UX Designer Harold Sawal, challenged the elementary students to design solutions that benefit a specific user. For example, one group was assigned a Tyrannosaurus Rex, known for having short arms and difficulty picking things up.

“The highlight of speaking at the academy is always hearing the kids pitch their design solutions,” said Harold. “I was never exposed to any curriculum that heavily emphasized STEM [Science Technology Engineering and Math] growing up, and as technology continues to accelerate, the value of nurturing kids’ interests in these subjects is even more important. Programs like these will help broaden opportunities for them in the future.”

“It feels great being a part of such a meaningful program that introduces new concepts and skills that could ultimately lead to a fulfilling career,” said Harold. “If we’ve inspired at least one of the campers to become a designer or programmer, I think it’s a win.” 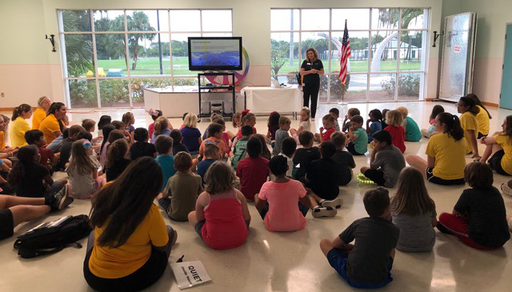 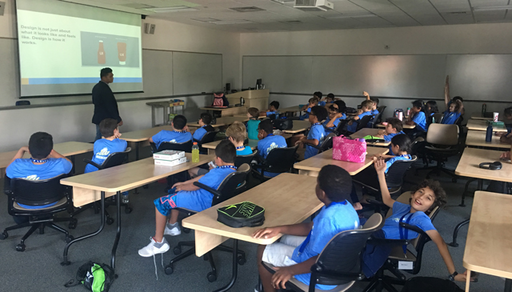 Kategorie: In the Community