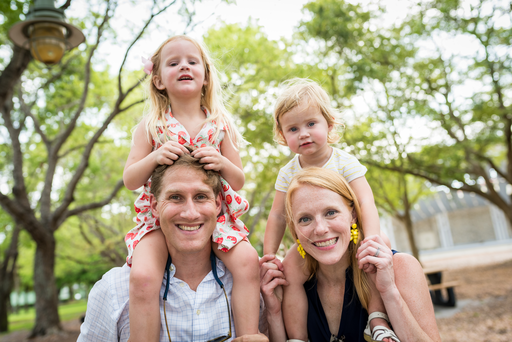 When Senior Product Manager John Gualdoni began working as an agency representative for an Arthrex agency partner in Washington, D.C. a decade ago, he never imagined where his life would lead him.

“Working for Supreme Orthopedic Systems was a great opportunity, but when a position opened up in product management at the Arthrex headquarters in Naples, FL, I jumped on the chance to work directly for the most innovative company in sports medicine and live in one of the most beautiful parts of the country,” shared John.

At the time of their decision to move to Naples, John and his wife, Lindsey, were living in downtown Washington, D.C. and contemplating whether to stay in the city or move out of the hustle and bustle to the suburbs to begin raising their growing family.

“Move outside of D.C. and have to commute back and forth each day or move to Naples?” John thought. It was a no brainer and John accepted the position in product management and made the move to Florida. “The career opportunities at Arthrex were too good to pass up and we were excited about the opportunity to live in Naples,” shared John.

Lindsey had never been to Naples until the day they moved, and she initially had concerns about moving so far away from family and friends and how the area would compare to Washington, D.C. for raising children. They were both pleasantly surprised to learn that Southwest Florida had a lot to offer young families, and they underestimated all the visitors they’d have who were wanting to escape the cold weather for some fun in the sun during the winter months.

“It's a misconception that Naples is a place for retirees only,” John shared. “When we moved here we were overwhelmed by how many young families we met and how much there was to do. The things we enjoy the most are the Naples Zoo; Golisano Children’s Museum of Naples; the beach; downtown events; day trips to Sanibel, Marco Island, Tampa and Miami; year-round pool parties and all of the outdoor parks here that are unbelievable. We spend a lot of time outside and our kids love the fact that they can head to beach any time of the year. We had some concerns that we’d see our family and friends less when we moved here, but in fact, we feel like we actually see them more. My parents come down here three to four times a year and friends love to visit in the winter, too.”

John and Lindsey acclimated quite well to the local community and immediately felt welcomed in Naples. Lindsey stays at home with their two children, with a third baby on the way this fall, and keeps extremely busy with all the various children’s activities and play groups. Just as Naples welcomed them in, John also felt immediately welcomed by his coworkers at Arthrex.

“Every group works independently but depends on many departments to function as a team,” he said. “There’s a can-do mentality here – everything can be done. It’s just a matter of how are we going to get there.”

“The Arthrex culture even extends to family,” he added. “Even though my wife doesn’t work here, she feels like she’s part of the Arthrex extended family. There’s a tight-knit group of employees’ spouses and families, and the network she’s built has given her a true sense of comradery.”

John also finds the wellness programs Arthrex offers to be a very important added benefit to help with his work/life balance.

“Arthrex has given all employees free FitBits and provides healthy lunches daily, which has helped me to become more mindful of my overall well-being and, in general, live a healthier lifestyle,” he said. “Since moving to Naples I’ve started to run regularly again and I truly feel that Arthrex cares about the overall well-being of its employees. This is something that, unfortunately, I don’t think is the norm at most companies these days.” 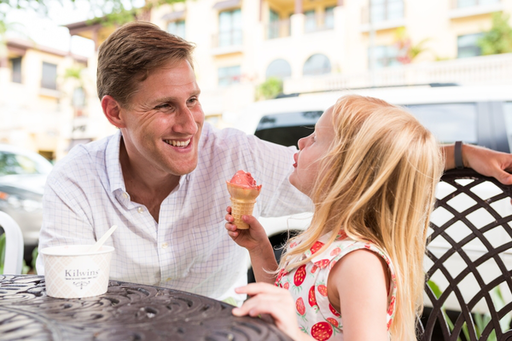 Any concerns they may have had about the summer heat quickly melted away like the ice cream John and his family like to indulge in after a fun day of playing at Cambier Park in downtown Naples.

“Our favorite time of year here is actually summer when it’s quieter and a little less busy,” he explained. “The heat down here is really no worse than a really hot summer day in Washington, D.C. and I have to say it would be very difficult to ever have to move from Naples. Where would we go? The Caribbean?  We’ve found our little piece of paradise living here.”