The Kingdom of Cambodia is a country on the Gulf of Thailand in southeast Asia. It borders Laos and Thailand to the north and Vietnam to the south and east. With an area of approx. 177,000 square km, Cambodia is about half the size of Germany. Two-thirds of the country is covered by the Cambodian basin, a region sitting at only 5 - 30 m above sea level and containing the Tonlé Sap lake. The region is surrounded by mountains and plateaus on 3 sides. Sixty-four islands also belong to Cambodia. The monsoon climate yields high temperatures throughout the year. Despite massive intrusions into natural areas, particularly as a result of deforestation, and a flourishing illegal trade in rare species, flora and fauna are numerous and varied.

Around 16 million people live in Cambodia. Despite increasing urbanization, the majority of the people live in the countryside and engage in farming. The population is young. Over 40 % – partly as a result of the country's history – is under the age of 18. 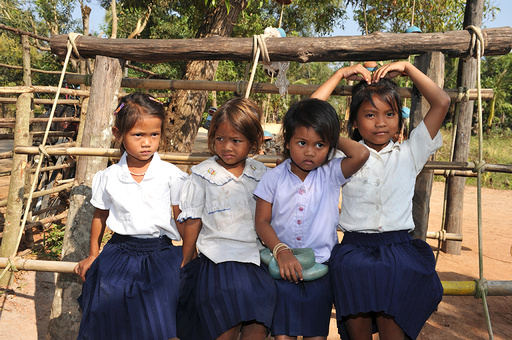 Cambodia became independent at the end of the Indochina War. In 1975, the Khmer Rouge communist movement seized power. Its leader, Pol Pot, believed that poverty in the country could only be combated by strengthening the farming community and that everything urban had to be destroyed. The Khmer Rouge established a terror regime that is estimated to have killed 2 million people. The effects of the societal and economic aftermath of this period are still felt today. After the regime was overthrown in 1979, a civil war broke out and peace was not fully achieved until the late 1990s.

Since the end of the civil war, Cambodia has been going through a process of stabilization and development. Elections take place regularly every 5 years and the economy is continuously growing. The country's infrastructure has also improved and the poverty level is decreasing. Nonetheless, when compared with the rest of the region, Cambodia continues to be one of the poorest countries in southeast Asia and still struggles with structural problems. Ninety percent of the poor population lives in remote rural areas, which derive only little benefit from economic recovery. Cambodia's head of state is King Norodom Sihamoni. Prime Minister Hun Sen from the Cambodian People's Party has been in office since 1998 and in 2018, he was re-elected as the head of government. The domestic political situation is tense and has been worsening in recent years.

Cambodia's challenges are diverse: a lack of educational opportunities (in 2015, the literacy rate was 80.5 %), malnutrition, and an inadequate supply of water and sanitary facilities are a problem for the development of children and adolescents, and the lives of many families and communities.

The first few years of life have a crucial influence on a child's physical and intellectual development. However, in the rural project region of Stung Treng, many children show signs of malnutrition, child mortality is above average when compared with the rest of the region, and there is also a lack of early childhood support. Around 40 % of the people additionally lack access to clean water and sanitary and washing facilities. This malnutrition and lack of hygiene can jeopardize the chances of children growing up healthy.

With this project, we give children up to the age of 6 in the Stung Treng region the opportuntity to receive early childhood suppport to help them grow up healthy. Children, families, and members of the community receive better access to clean water and sanitary facilities. Knowledge management, practices, and behaviors in the area of hygiene are improved. 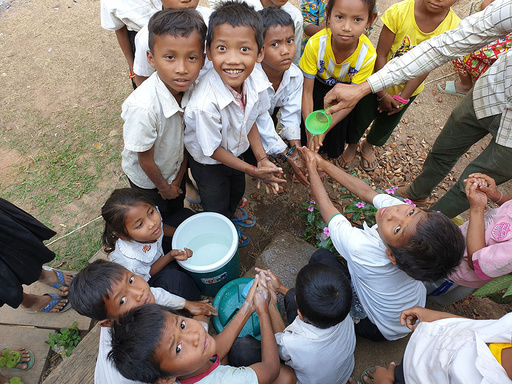 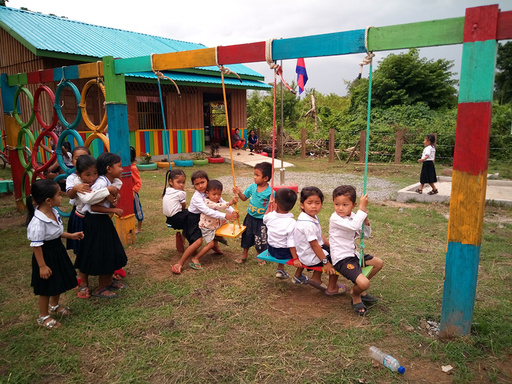